Legendary Names Sing to Preserve a Legend with the Blues Country Band! 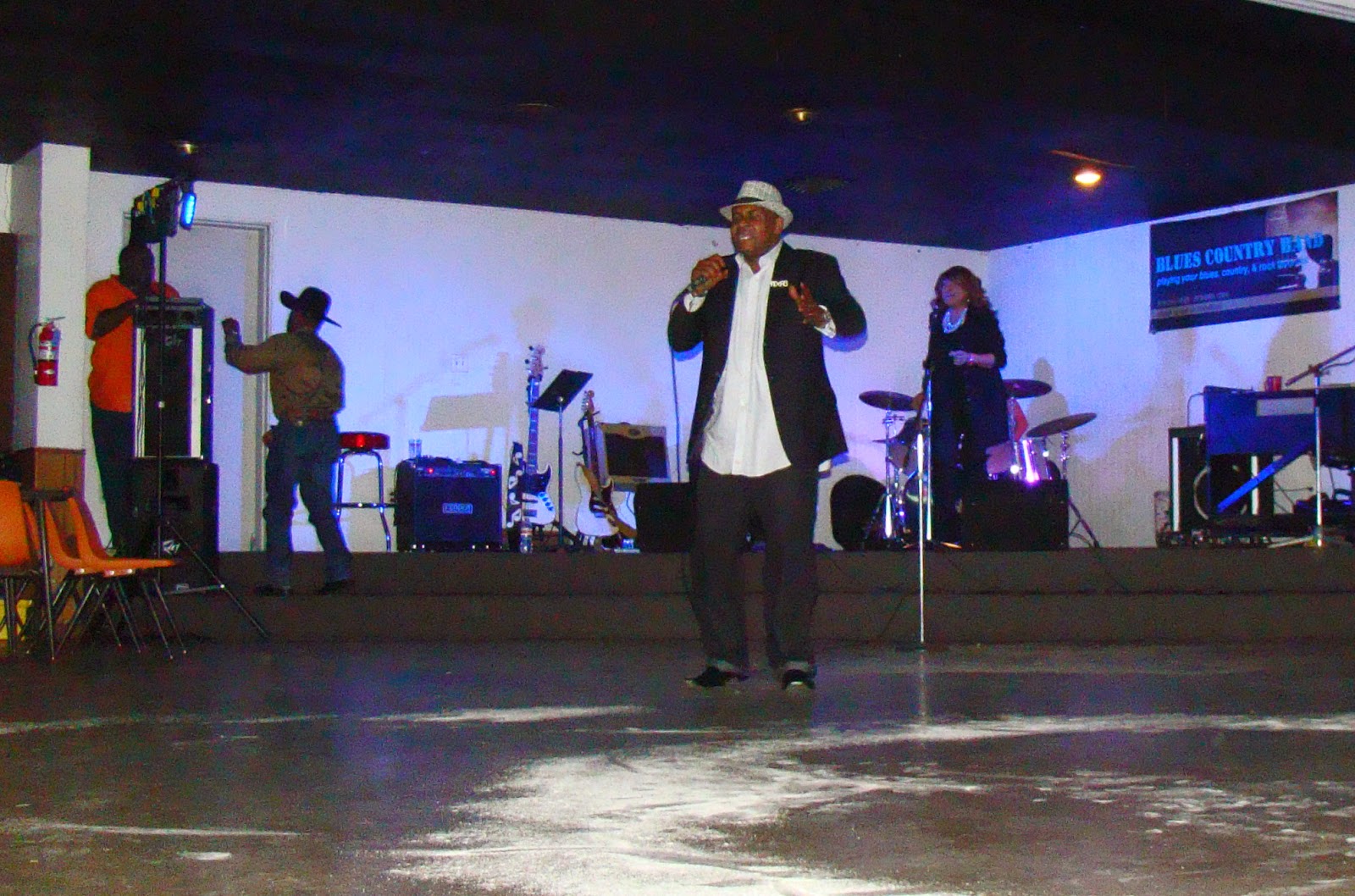 The Navasota VFW Hall hosted its second fund-raiser for the proposed Joe Tex statue and this time I was lucky enough to attend. I took so many photos... and then my computer crashed... and it took me this long to get around to looking at, cropping and posting them! 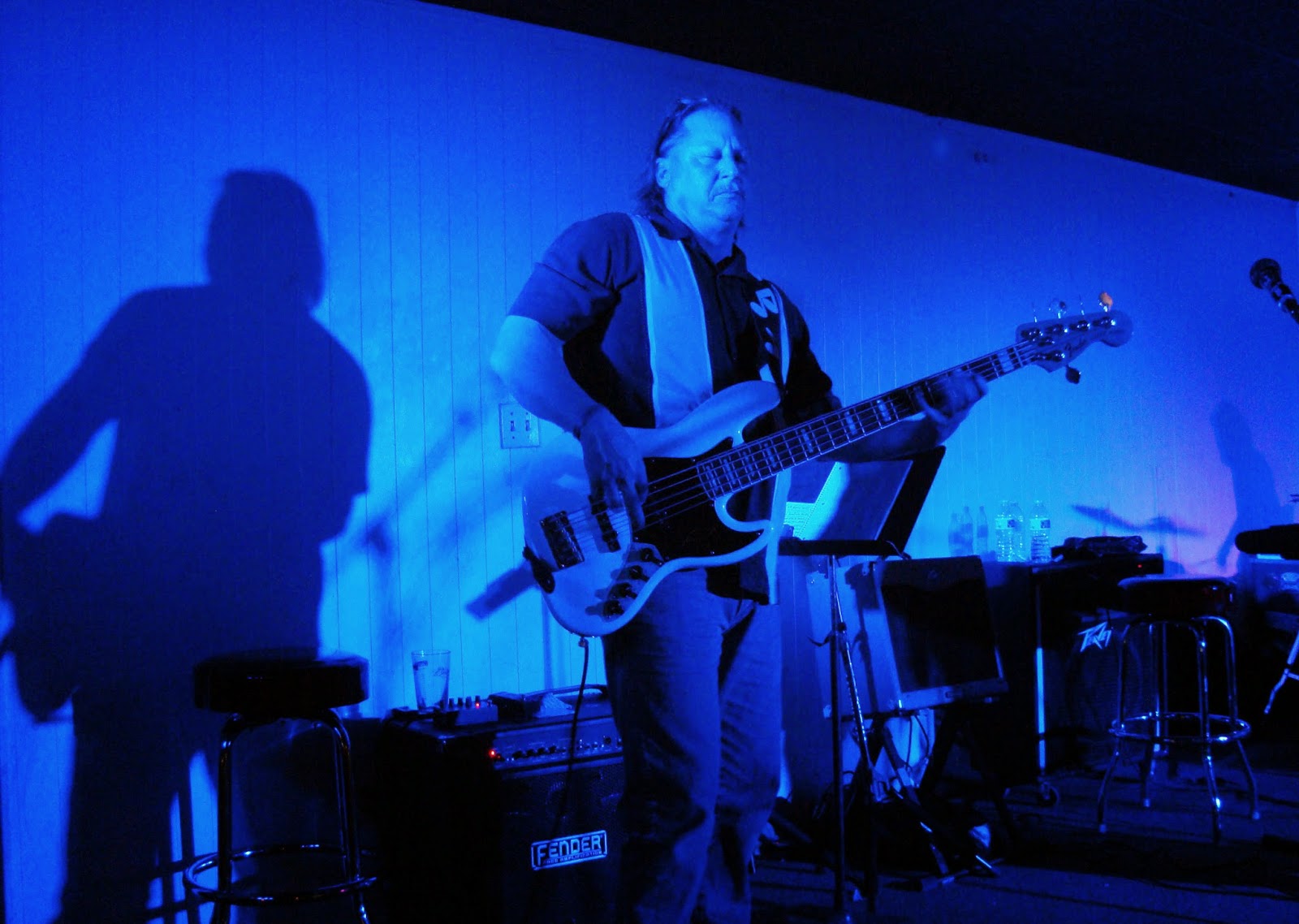 This was a very special night for me... getting to see Joe Tex II perform again... I'm so glad he found me painting on the street on that Saturday afternoon and reminded me about the concert.. I'm getting where I crash every evening at around dinner time and rest is all I care about. But I promised him I would be there... even if it was going to go past my bedtime... 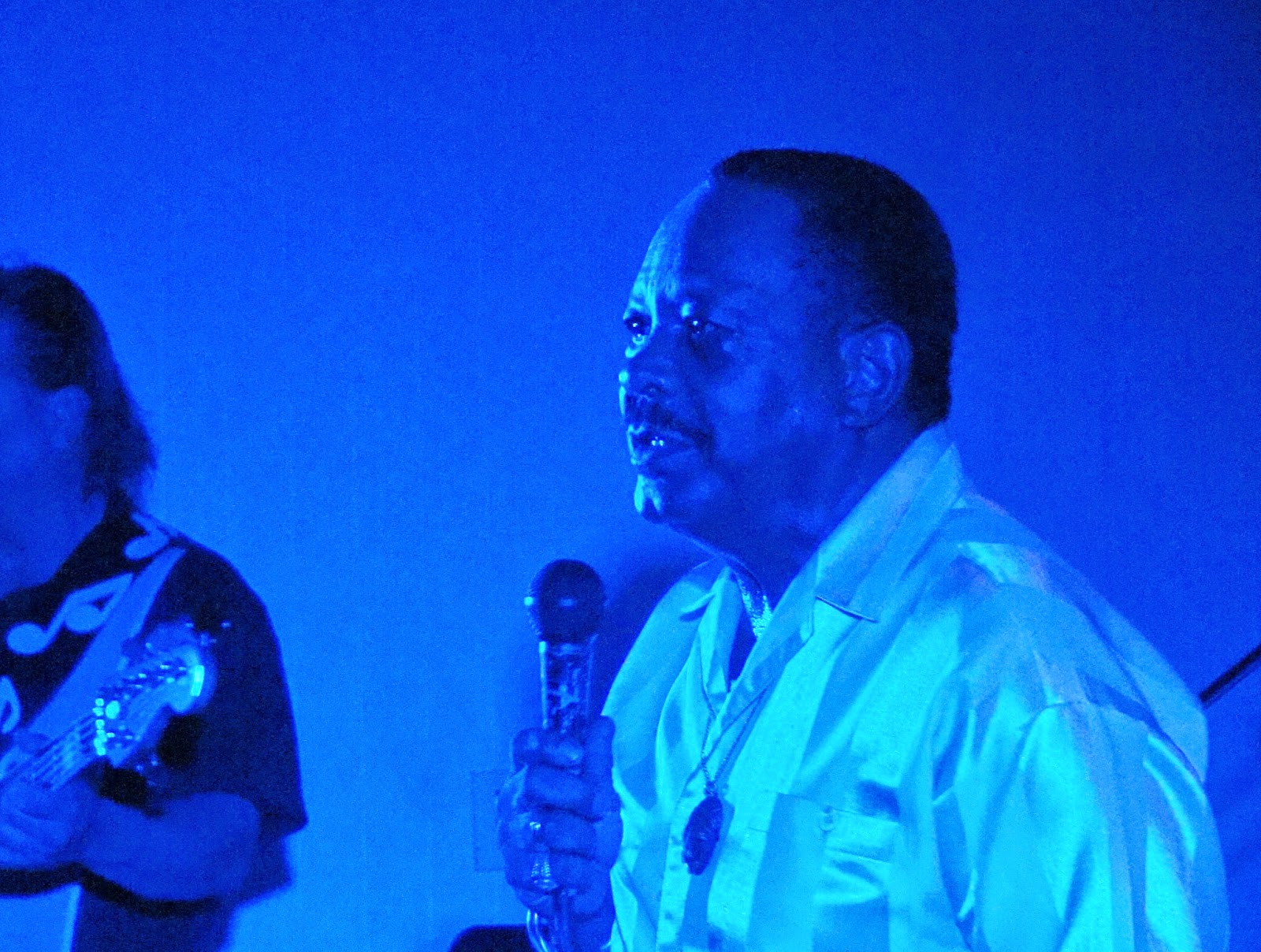 Archie Bell
There were several warm up acts, all very good, and I did not know most of their names so I need help with that... SOME of the entertainers were Joe's kinsmen Neil Tex and Wymon "Bodacious" Armstead, formerly of Navasota, and David Karoska, Mark Powell, Carlos Sanchez, and Eugene Jones.  I did recognize one familiar face however, Richard Lipscomb, grandson of Mance Lipscomb playing bass... But the big news of the night for many of us was to get to see Archie Bell. Archie Bell and the Drells were hot on the radio when I was just as little kid, and getting to see this Texas legend sing in person was a real privilege. And baby, he is still hot!

Bell is a veteran performer and instinctively knows how to give a photographer what he wants, hence my shots of him were primo... 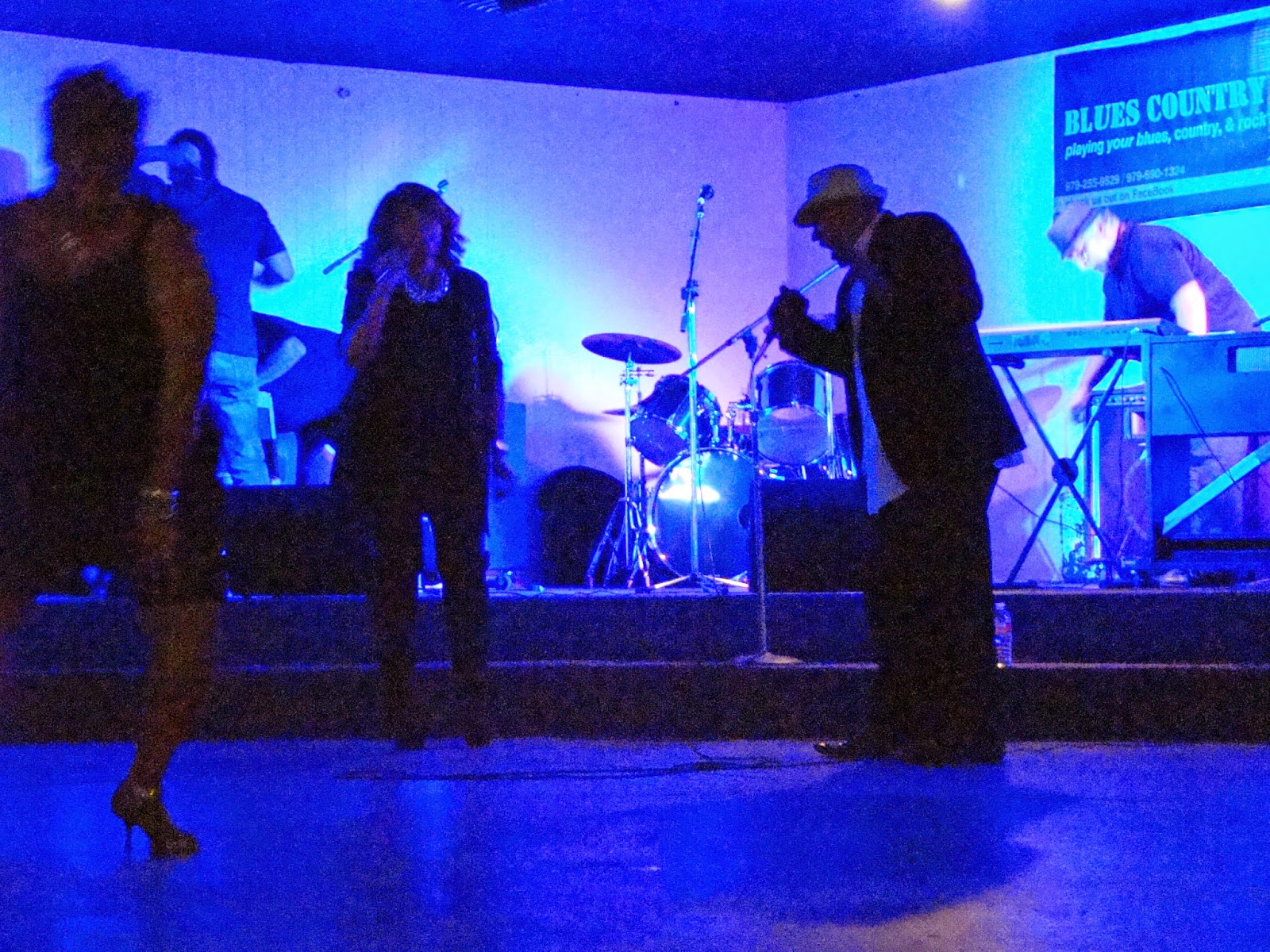 Joe Tex II, not so much, frolicking around in the crowd just like his dad did, IN THE DARK, and I hate using a flash... but he gave a great show. When he belts out Show Me there is no doubt what tree his little acorn fell out of. 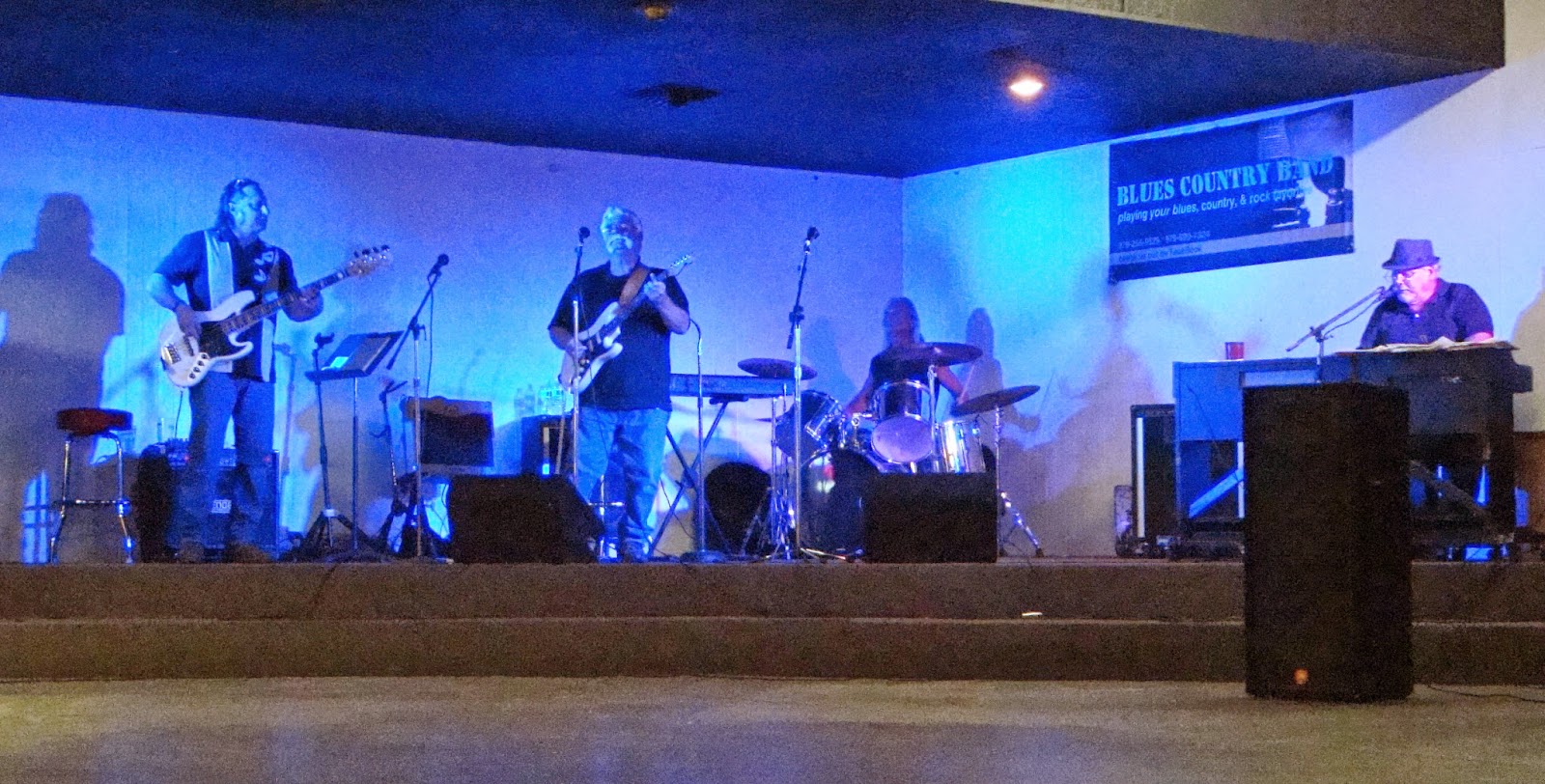 Blues Country Band: Jett, George, Dave and Smokey
BUT, perhaps the greatest surprise of the evening and one of great pride for me personally was when I learned about the band hired to back these two great performers... no less than the Blues Country Band, formerly the Blues Alley Cats, who jammed and honed their sound in our weekly music jams at Blues Alley for a couple of years. They have ARRIVED! 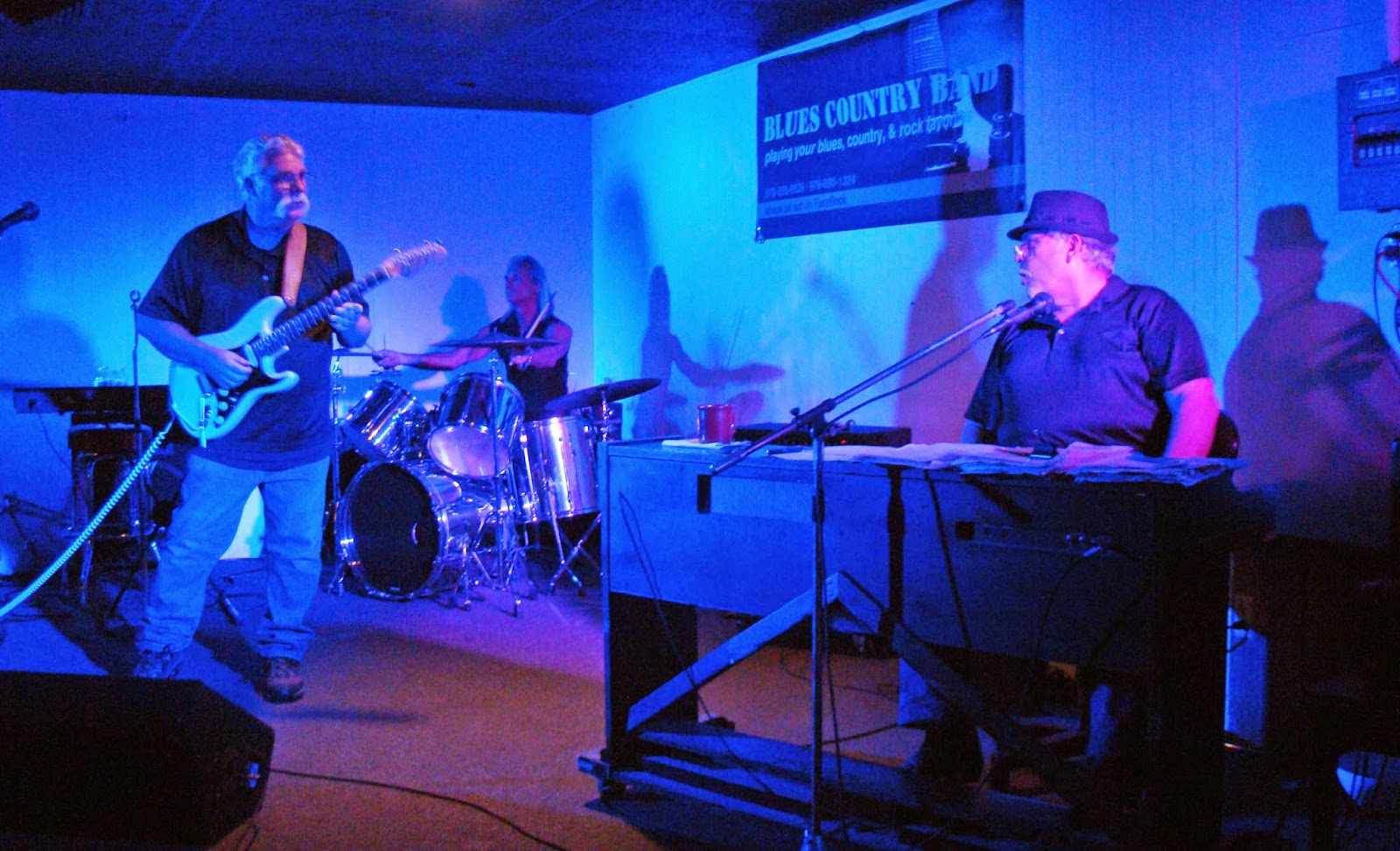 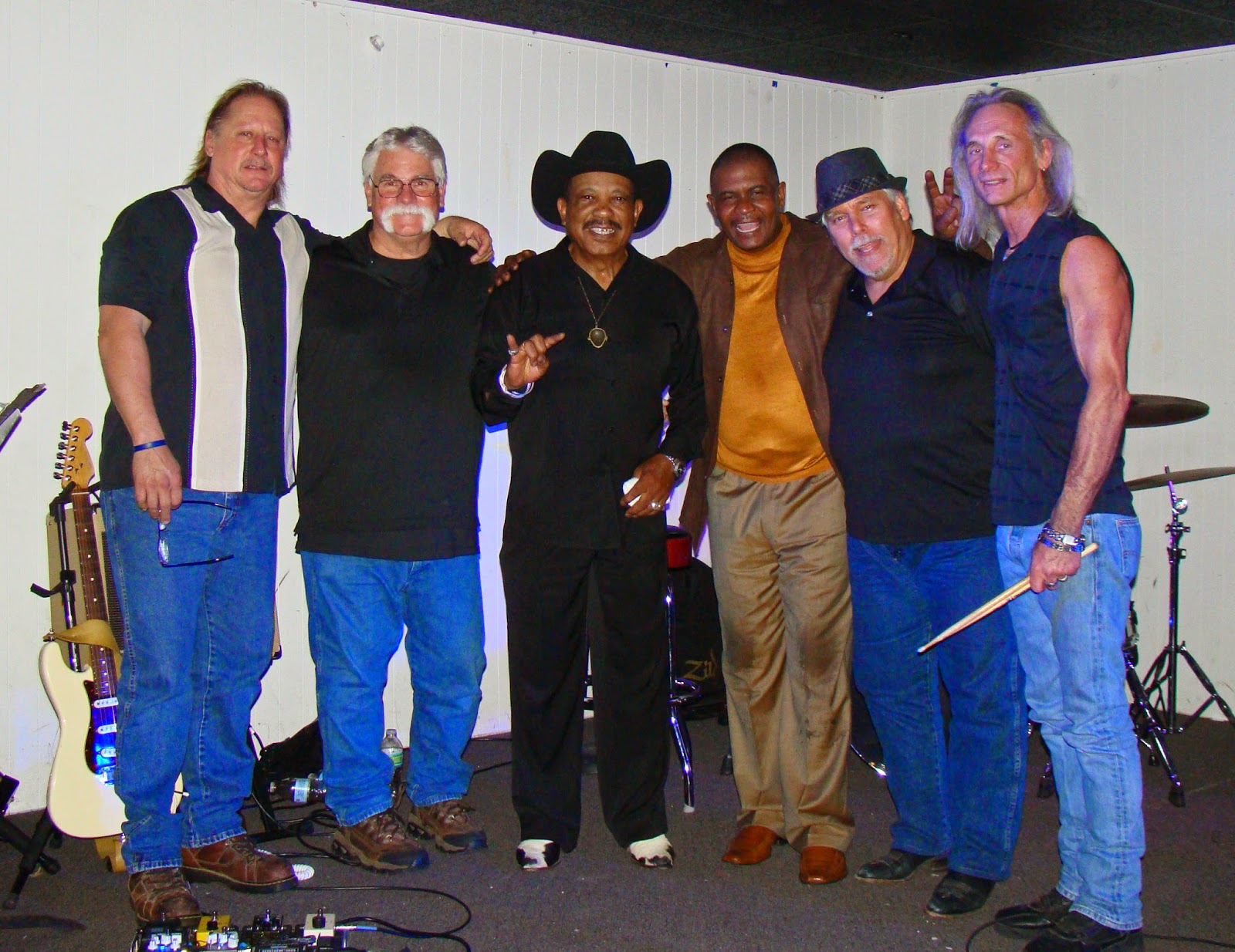 Blues Country Band (The Faux Drells!?) poses with Joe Tex II and Archie Bell.
Blues Country did their own set and backed up two great acts as well, so they really earned their keep. Anyway, all of this was to raise money to help pay for a proposed sculpture monument of Joe's father, Joe Tex, the famous soul singer of the sixties and seventies,  who lived and died right here in Navasota.
Thanks to Joe Tex II & Carlos Sanchez for all the names of the musicians.
Posted by Russell Cushman at 8:59 AM No comments: